Is Caffeine Bad For You? How Your Morning Cup Affects Your Brain For many bleary-eyed people, it’s about as important as the sun itself. Others are trying their best to cut back. So which is it: Is caffeine bad for you? Or the best thing ever?

Whether you view its powers as a virtue or a vice, caffeine is complicated. It’s a daily ritual, a cultural experience, and a historic medicine. It can wake you up in the morning, or keep you up at night. And while it’s widely consumed, it’s also wildly misunderstood. Let’s get the whole story of this mysterious little stimulant, shall we?

Grab some coffee. It’s time for some science.

Caffeine is a naturally occurring stimulant found in more than 60 types of plants, like tea leaves and coffee beans. It’s absorbed through the stomach, distributed through the body, and gets down to business when it reaches the brain.

“Caffeine has a direct link to your central nervous system, which is essentially the engine of your brain,” says Vishal Patel, Director of Product Development at Nuun. Caffeine directly impacts serotonin production, which is involved in fatigue and mood regulation, and helps release dopamine, the so-called “happiness hormone.”

"It’s not just that it gives you energy and alertness,” says Patel. Caffeine really has a direct impact on your mood.” No wonder a simple cup delivers such bliss. 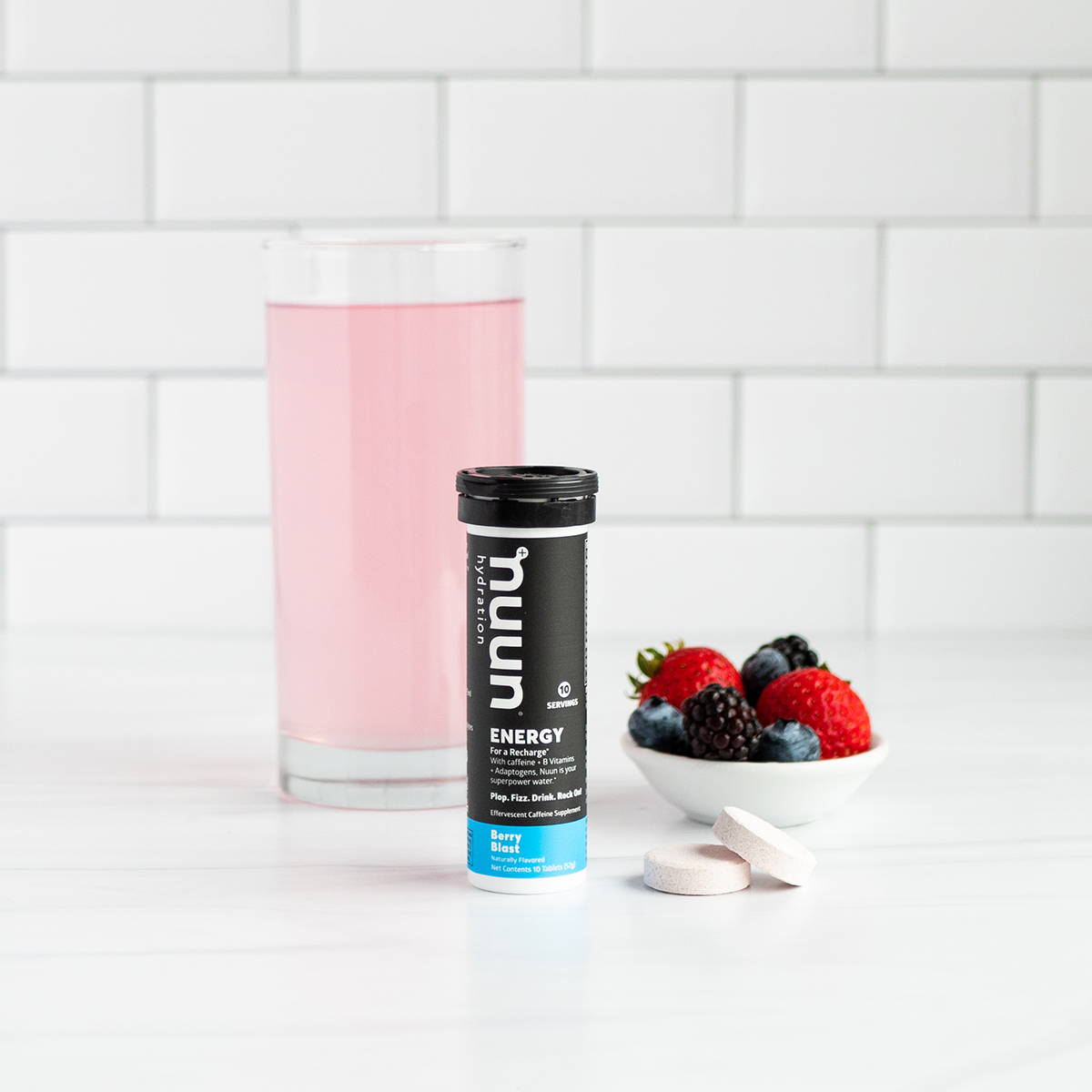 Kickstart your day a different way
Nuun Energy provides an optimized amount of caffeine from organic green tea, paired with invigorating ginseng and B vitamins.

Kickstart your day a different way

Nuun Energy provides an optimized amount of caffeine from organic green tea, paired with invigorating ginseng and B vitamins.

Kickstart your day a different way

Nuun Energy provides an optimized amount of caffeine from organic green tea, paired with invigorating ginseng and B vitamins.

Let’s cut to the chase: Is caffeine bad for you?

Every individual responds to caffeine differently, and the research indicates that caffeine sensitivities can be genetic.

“Caffeine is a stimulant, so overconsumption can lead to some side effects like jitters and increased heart rate,” says Patel. “Some people just have a lower tolerance, so they just feel the side effects more.”

But beyond those well-known side effects and the classic caffeine crash, it hasn’t been found to cause real harm or illness, such as cancer. Instead, studies have revealed some positive effects, like improving cognitive function.

So…there are actually some health benefits of caffeine?

Yes! “Caffeine does have benefits,” says Patel. “Tons of studies have shown the efficacy of caffeine both in your day-to-day life as well as in exercise." In fact, its powers in exercise are so pronounced that it was deemed a banned substance for Olympic athletes until 2004.

What is clean caffeine?

You may have seen this phrase advertised on healthy sports drinks. It means the caffeine was derived from a natural source, such as tea leaves or cocoa beans, as opposed to synthetic caffeine.

Does caffeine help you focus?

Yes, clinical studies have shown that caffeine may improve focus and cognition.

How much caffeine is too much?

Medically speaking, you have to go pretty far to get into trouble — think multiple energy drinks or 10+ cups of coffee a day. Caffeine toxicity is rare and generally occurs with concentrated caffeine tablets rather than caffeine-containing foods. From a wellness perspective, it’s worth asking yourself how your caffeine habits make you feel. If you’re feeling fine — great! If you’re experiencing side effects, such as anxiety or severe crashes that affect your productivity or quality of life, it may be time to reduce your consumption to see if those symptoms subside.

"Caffeine does have benefits. Tons of studies have shown the efficacy of caffeine both in your day-to-day life as well as in exercise."

If consuming caffeine is good, then consuming MORE caffeine must be even better.

Alas, no. While a boost of caffeine might make you feel focused and productive, overdoing it on caffeine can elicit negative side effects like jitters, increased heart rate, and anxiety. Plus, the higher you soar, the harder you’ll crash.

Caffeine is often viewed in a black-and-white way: that is, a product either contains caffeine, or it doesn’t. But in reality, there’s much more gray area than that.

“It’s really about choosing the right type of caffeine,” says Patel, by considering both quantity and quality. He recommends plant-based caffeine sources over the synthetic ones often found in most energy drinks and sodas, and experimenting with different levels of caffeine to find what works for you.

Where can I find out the caffeine content for my favorite drinks?

Your best bet for caffeine bliss is finding your perfect balance of optimal boost with minimal side effects. But here’s the big challenge: The quantity of caffeine can be hard to pin down. It’s rarely printed on a label, unlike other substances like magnesium or fiber that you’ll see on a nutrition panel. And it’s hard to estimate, too. The same size cup of coffee could contain 80 mg of caffeine or more than double that much, depending on the type of beans and how they’re brewed!

So it’s up to you to experiment with different sources and gauge how you feel. The good news? This will be the most delicious trial and error ever. So pour yourself a cup of tea, a pot of coffee, or your favorite caffeinator of choice. Then sip away, find your sweet spot, and kiss your guilt goodbye.