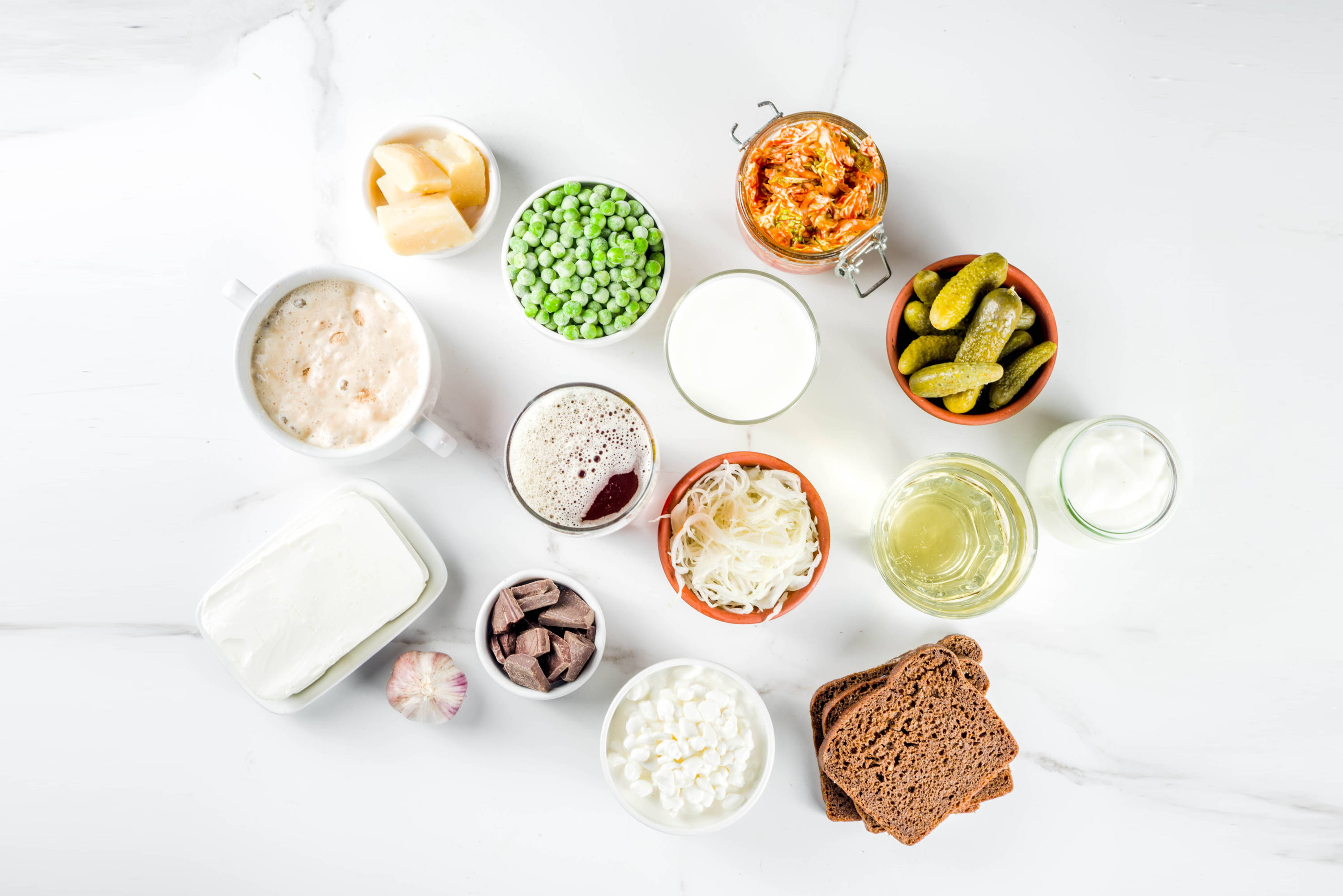 Discover the difference between prebiotic vs. probiotic, and why you need both.

Gut health, microbes, prebiotics, probiotics… maybe not anyone’s idea of a fun discussion around the dinner table. These invisible powerhouses are a major part of our overall livelihood, yet most of us don’t give them a second thought.

Who cares? You should! If you’ve ever eaten processed foods or taken antibiotics, you’ll want to pay attention. 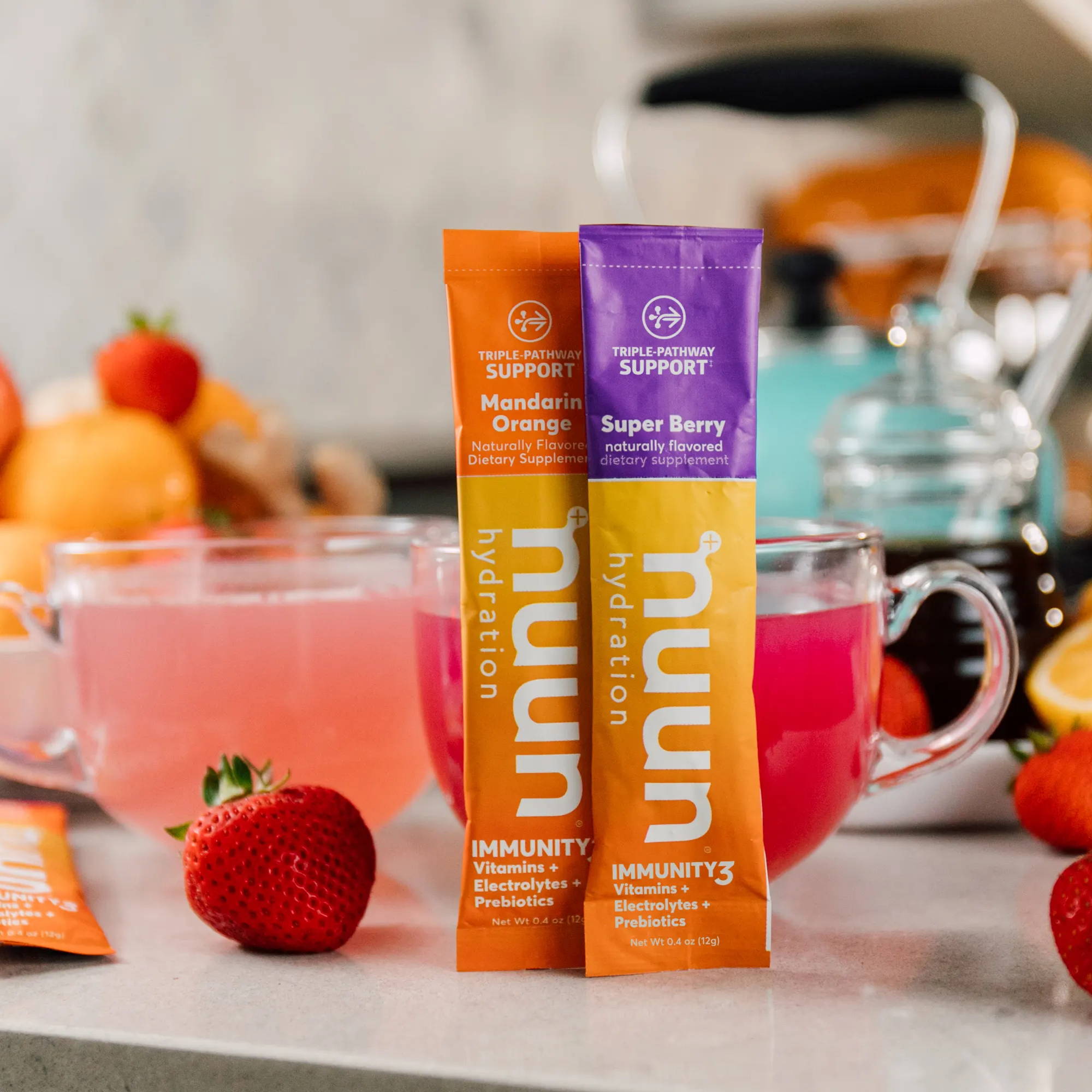 Supercharge Your Immune System
Get a boost of prebiotics, powerful vitamins, and hydrating electrolytes, all in one delicious drink.

Western Diets and Diminished Digestive Tracts
What are prebiotics, and where did they go?

Let’s start with a startling study. In 2009, a team of researchers visited an indigenous tribe in the Amazon and analyzed their microbiomes to see how they might differ from the average American.

The differences were stark: “The tribe had about 50 percent more ecological diversity than the average American,” according to a report in NPR. In a nutshell: “Americans’ digestive tracts look like barren deserts compared with the lush, tropical rainforest found inside indigenous people.”

The scientists believe this contrast can be attributed to an array of modern factors — some good, some not so good. Scientific advances like antibiotics and water sanitation lead to lowered levels of gut bacteria. And the typical Western diet of processed foods contains little in the way of prebiotics, probiotics, or other healthy bacteria to replenish or reintroduce the supply.

“As cultures around the world become more ‘Western,’ they lose bacteria species in their guts,” the report states. “At the same time, they start having higher incidences of chronic illnesses connected to the immune system, such as allergies, Crohn's disease, autoimmune disorders and multiple sclerosis.”

While no research has conclusively proven whether those facts are directly related, this study suggests that modern life has taken a serious toll on our natural digestive functions. Knowing that we have diminished bacteria levels, it’s up to us to introduce positive change to support our gut health and overall health — and prebiotics are a critical part of that equation.

You read that correctly: PREbiotics! Prebiotics are lesser known than probiotics, but one can’t flourish without the other. So what’s the prebiotic vs. probiotic distinction? Let’s dive in and find out.

Prebiotic vs. Probiotic
What’s the difference between prebiotics and probiotics?

Prebiotics and probiotics work in partnership to keep your gut performing at its best. Keep reading to learn more about how they’re different, and what they have in common.

Q: What are prebiotics good for?

A: Prebiotics are good for sustaining microbes in the gut, digestion, metabolism, and supporting immune function in a person’s overall health.

Q: What’s the difference between prebiotic and probiotic bacteria?

A: The difference between prebiotic and probiotic microbes is that prebiotics are the undigestible food which feed probiotics. Probiotics are living microbes in the gastro-intestines that can improve a person’s health, and prebiotics provide them nourishment.

Q: What is the best kind of fiber to take for gut health?

A: While the research into dietary fibers continues to advance, it is well known that prebiotics are a great source of fiber. Prebiotic fiber is not digestible by your body, so it stays in your gut and provides important nourishment for beneficial bacteria.

"Nourishing more diverse bacteria with prebiotics is one proactive way you can support your digestion, immune system, and overall health."

What Are Probiotics Good For?
Healthy bacteria for a happy gut

You may have heard that yogurt, kimchi, pickles, and kombucha have probiotic benefits. So what does that mean, exactly? Probiotics are “live microbes that, when administered in adequate amounts, confer a health benefit on the host.”

Basically, they repopulate the bacteria that occur naturally within your digestive system. Bacteria might sound like a bad thing, but these are good for you!

If you get an infection and need to take antibiotics, your gut might lose a significant amount of its microbial diversity. This is an unfortunate side effect that can affect our digestive abilities and even our immune system over time, but luckily we have the power to help our bodies get back on track. Taking probiotics and ingesting probiotic-rich foods and drinks can help rebuild microbes that were lost.

What Are Prebiotics Good For?
Healthy fiber to feed your gut

If you want to introduce and encourage healthy gut bacteria, you’ll need to give them something to eat!

Prebiotics are a particular kind of fiber that help feed the diverse bacteria in the gut. When you consume prebiotics, you’re feeding the microbes in your gut. It’s food for them, not for you.

Nourishing more diverse bacteria with prebiotics is one proactive way you can support your digestion, immune system, and overall health. In doing so, you’re helping your gut do its job more effectively and improving gastro-related systems.

Why Are Prebiotics Important?
How prebiotics help your immune system

In addition to supporting a healthy gut and digestion, prebiotics and other bacteria can help support your immune system.

According to one study, adding microbial supplements to your diet will help create more interactions between the gut and the immune system. This variety in microbes aids the immune system in identifying good or harmful bacteria. Those who take probiotics and prebiotics gain exposure to levels of beneficial microbes not seen since earlier human diets.

Get Your Gut Bacteria Back on Track
Because you are what you eat (and drink!)

It may be odd hearing that you’re hosting a microbe civilization in your gut, but now that you know… how are you going to improve it?

For one, focus on consuming plant-based foods and healthy drinks that contain both probiotics and prebiotics. Eating well can help fight against cardiovascular disease, autoimmune disease, and allergies, and starting now can help future you.

Second, try cutting back on processed food whenever you can, and loading up on whole foods as much as possible. You can find prebiotics in foods like apples, berries, oats, and tomatoes, and they play an integral part in Nuun Immunity3, our supercharged drink for your immune system.

Using these scientific insights, we have the power to introduce positive change to our overall gut health. As the study of indigenous hunter-gatherers revealed, we in the modern world have a lot of catching up to do.